Plastic bags are very convenient to carry almost anything under the sun, and make great packaging material too. While their uses are unlimited, they do have a detrimental effect on the environment. Plastic bags take years to decompose and end up harming land animals, marine life, water bodies as well as soil.

All this eventually enters the human food chain and causes drastic disease conditions including cancer. Instead of single-use plastic bags, it makes more sense to use cotton bags which decompose easily, are environment friendly and can be used multiple times too.

Due to their adverse impact on the environment, many governments have taken strict action on limiting plastic bag usage, but their use continues unabated on a global level. Much more needs to be done. It’s estimated that around 500 billion to a trillion plastic bags are produced each year, globally, and all these end up buried inside landfills, waterways, oceans and eventually inside the bellies of animals, birds and fishes or even in the air, when they are incinerated.

Impact on the Environment

Inappropriate disposal of plastic bags can result in their blocking drains, choking tree roots and polluting rivers and streams, hence harming the fish and animals that depend on that water. Plastics are becoming omnipresent in our environment, harming animals, human and plant lives, killing over and over again before they completely decompose. The poisonous gases released from their decomposition process also pollute the air. As plastic decomposes, there is toxic leaching into the soil and waterways, eventually spilling into the oceans. All this is aside from decomposing plastic being a glaring eyesore.

Impact on the Waterways

It’s estimated that around 300 million plastic bags end up in the Atlantic Ocean each year. They are often mistaken for food and ingested by small fishes, whales, turtles, porpoises and even seabirds. The end result is blocked intestines or blocked airways. Seabirds often mistake bits of plastic as food and feed it to their young. The end result for these life forms is a slow and painful death. It’s even been estimated that by 2050, there will be more plastic than ocean creatures in the seas. Many species are expected to become extinct too. 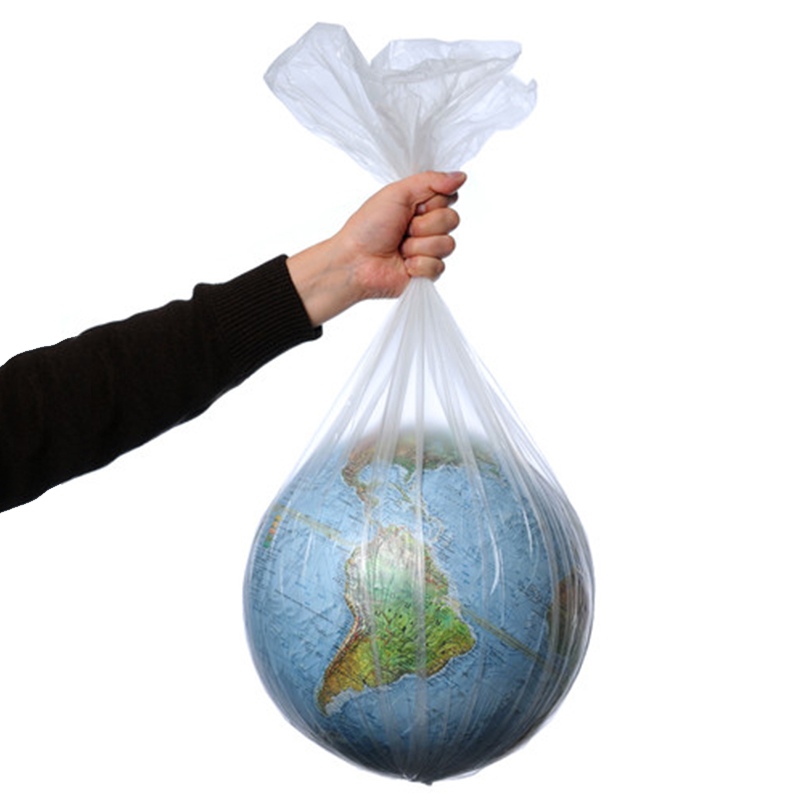