Effects of Plastic on Sea Creatures

Effects of Plastic on Sea Creatures

Waste plastic has been accumulating in our oceans since the 1960s and the situation today is such that huge floating masses of plastic waste have formed over the ocean’s surface that can be measured in square miles!

Its been estimated that over 1 million pieces of plastic can be found per square mile of ocean – with another 12.7 million tonnes of plastic being added to the oceans every year. This roughly translates to around one truckload of plastic waste being dumped into the ocean every minute. And its been predicted that at this mind-boggling rate, there will be more plastic than fish in our oceans by 2050!

An interesting fact here is that much of the plastic waste comprises of single-use items such as bottles, straws, food packaging, plastic rings and carry bags. Around 500 billion plastic carry bags are used every year, translating to a million bags per minute. And with the average life of these carry bags being just 15 minutes, that’s a totally unnecessary use of plastic that can be avoided.

The most disturbing aspect of plastic pollution in our oceans is their effect on marine life. Over a million marine lives (fish, turtles, seabirds and sea mammals) are lost each year due to plastic debris. Its believed that around 700 marine species could go extinct because of plastic waste. So far, around 267 species are known to have been affected, including 44% of seabird species, 84% of sea turtle species and 43% of sea mammal species.

The most visible effects are physical wounds and entrapment, leading to slow death. Marine wildlife such as fish, turtles, seabirds and even large sea mammals have been found entangled and trapped inside fishing nets, plastic rings and plastic bags, leading to starvation, suffocation and drowning. These marine creatures are also known to mistake plastic debris for prey and feed on them. This leads to internal injuries, choking or their slow starvation to death. Sea creatures that breathe air often get entangled in plastic and are unable to surface for air and drown.

There is an urgent need to decrease the plastic waste being created. You can do your bit by reducing, reusing and recycling plastics wherever possible. 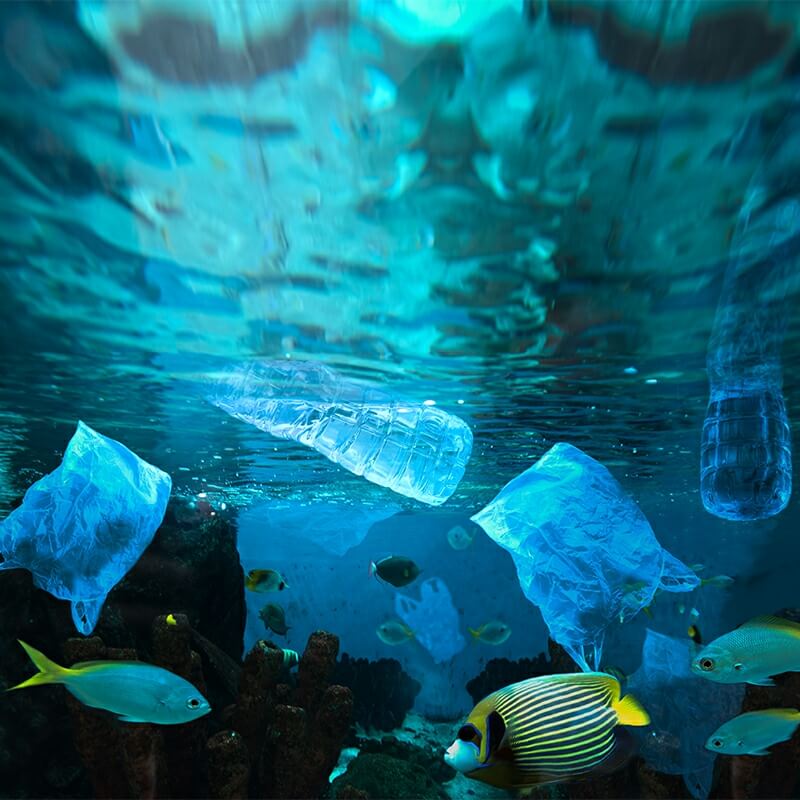